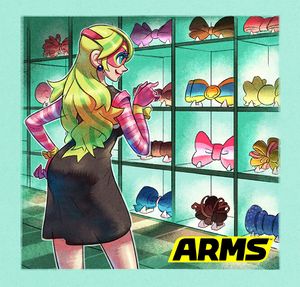 Promotional artwork released alongside the update.

Version 5.3.0 was an update released for ARMS on 2018-04-11. The online ARMS Dashboard that shows placement from ranked matches is now accessible in game, along with many balance changes and new gallery pictures. Korean is now supported in the game.